Fantasy and reality merge into one at OrbitFest, a futuristic winter light festival in Groningen. The festival was started in 2014. Together with the northern community in the Northern Netherlands (Drenthe, Groningen and Friesland) the festival has become a winter celebration of light, light being a source of energy and inspiration. Innovation regarding energy, food, exercise and devices merge into sensorial installations, workshops and presentations with a view on a future in which sustainability and empowerment are as clear as day.

Heliopolis
OrbitFest has annual festival theme based on a story about life in Heliopolis, a city of the future, and its society which is fascinated by space travel and Sun, our closest star. It is here every year during the winter solstice that OrbitFest light festival takes place, warming up for the return of ‘Sun’.

In the summertime when Sun is up high, Heliopolitans fly around in their pod-suits in the shimmering sky. As the winter approaches, they withdraw to their home labs to work on new prototypes for spaceships, lab experiments and future plans they would like to present at OrbitFest.

Take a look into a young Heliopolitan’s virtual diary, read a fragment from it. 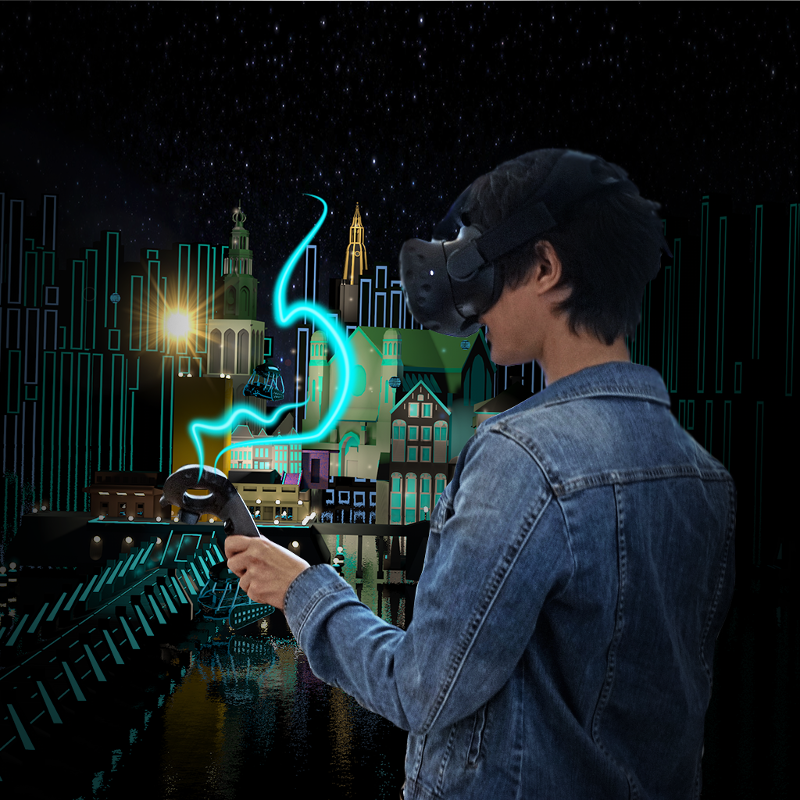 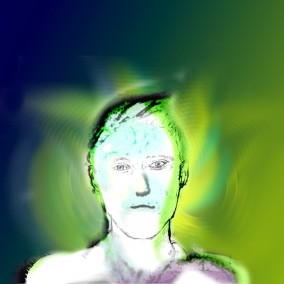 I would like to start my diary with this inspiring opening passage I secretly retrieved from an archived OrbitFest Almanac:
“As the Winter Solstice approaches in the North, Sun becomes weaker, the intruding darkness longer, the weather colder. We invite you to gather in the winter lighting’s warm embrace at OrbitFest and together with our maker skills we will generate enough power to drive away the darkness and gaze upon the magnificent full spectrum of the colours of Sun!”
These words will guide me through my diary of reflections on my life here in Heliopolis. More words will follow..

I remember it as bright as day.
My parents were sitting beside my Moon-lit pod suit and told me a rather dark and disconcerting bedtime story, one that would forever change my life..

“Once upon a time”, they started, “there was a boy under Sun who wished for Sun to be together with the stars. He knew and felt that each pinprick at the firmament in fact was a family member of Sun, stars Sun seemed to be out of touch with. He asked his parents why Sun never went to family reunions to meet his distant relatives. They told the boy Sun had a family of his own to attend to, a whole solar system of spinning planets, with us on one of them. He had voluntarily distanced himself from them, right from his inception. Sun saw his brothers’ lights all around him but thought of education as a rather solitary business that didn’t need outsiders or relatives commenting on his parenting and making him aware of their respective expectations of his children’s futures.

The boy was fascinated how Sun coped so well on his own, as he knew there existed double stars in the cosmos which at least had each other’s company, some of them even melting into one embrace of light. So one day the boy decided to visit Sun. Without telling his parents, he built a spaceship and a directional nuclear helium reactor. And then one night, after his parents had said ‘Goodnight’ to him, he silently activated his ship and set course to ask Sun up close about why he had chosen to lead a relatively solitary existence. All the while he moved in the direction of Sun’s rays, he felt them growing more and more intense and he felt he almost couldn’t wait to be close to him.
At some point during his very long journey, somewhere beyond Mercury, he thought he was close enough to be at talking distance and send out some regular signals with his nuclear helium reactor.
He waited and waited but not once did he receive the slightest response from Sun. The boy guessed that Sun was probably too busy with his own affairs. But just as he thought this, Sun flared up, encircling the ship and the boy in it in his incinerating embrace..

Exactly eight minutes and twenty seconds later, the boy’s parents were facing Sun from their shared pod hovering above Heliopolis.
“How wonderful it would have been for our son to see with how much fervour Sun is waving at us”, his parents said. “He’s even smiling at us!”
But little would they know that their child’s hangar would forever remain empty.”

At that part of the story I remember almost suffocating myself in my pod suit’s head cushion, sensing the edge of something and nothing, object and subject spinning through my head.
I realized the unfathomable and impenetrable depth of the black space around us with its dazzling but inhospitable number of unfamiliar celestial objects, a wide open cosmos where my favourite toy spaceship Cira could find no other home but the place where I was born.
It was the moment I realized I was doomed to live my life under Sun’s light, in and above Heliopolis, an inescapable reality and truth.
But I would prove them wrong and lead the way.
We could all go beyond Sun and live happily ever after..